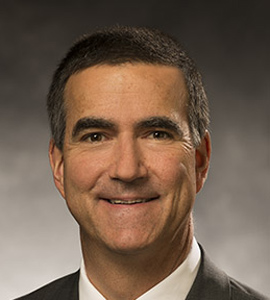 Andrew L. Hibshman brings more than 15 years of banking experience to First Bank. As the First Senior Vice President and Chief Accounting Officer, he prepares earnings and other financial reports, assists in the management of the bank’s investment portfolio, and assists in the day to day operations of First Bank’s accounting and finance department.

Mr. Theobald began his career in banking at Schuyler Savings Bank in Kearny, NJ in 1986. He served in a number of positions and after several years became Assistant Vice President/Controller.