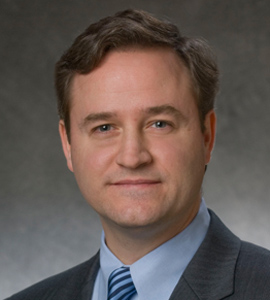 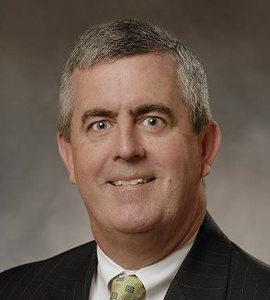 As President and Chief Executive Officer of First Bank, Patrick L. Ryan directly manages all areas of the bank, including Strategy, Operations, Marketing, Finance, Information Technology, Retail Administration, and Lending Departments. Mr. Ryan graduated Summa Cum Laude from Hamilton College in Clinton, New York, earning a Bachelor of Arts degree in Government, a minor in Economics, the Government Department prize, and membership in Phi Beta Kappa. He received a Masters of Business Administration from Dartmouth University’s Tuck School of Business. A Tuck Scholar, he graduated with Distinction. Mr. Ryan served as an Investment Banker at Goldman Sachs, a Management Consultant for Bain and Company in Boston, Massachusetts, and a Senior Executive at Yardville National Bank prior to joining First Bank.

Mr. Cahill joined First Bank in October, 2008, and has managed all aspects of the lending function since that time.  Responsibilities include relationship management in commercial, real estate and consumer lending, credit underwriting, as well as loan administration.

Mr. Carman began his career in banking at Yardville National Bank in 1979. He served in a number of positions of increasing responsibility until December of 1992, when he became Executive Vice President and Chief Financial Officer.

Mr. Carman earned a Bachelor of Science Degree in Finance from Rider University in Lawrence, New Jersey, and has completed coursework at the National School of Bank Investments. He resides in Ewing, New Jersey.

Emilio joins First Bank with over 20 years of banking experience, both locally and in the Midwest. Most recently, Emilio was the Head of Sales and Distribution for US Retail Banking at BMO Harris Bank, a $110 billion bank with over 500 locations. Prior to BMO, he held the role of Retail Director for Citizens Bank in the Greater Philadelphia area and Community Bank President for Wells Fargo/Wachovia. His entrepreneurial and customer-focused mindset will help drive the deposit growth of First Bank.

Mr. Cooper earned a Bachelor of Arts in Economics from Rutgers College in New Jersey. He is a prior Board Chair of the Boys and Girls Club of Dane County and Delaware Financial Literacy Institute, and has been actively involved with the United Way, Rescue Mission in Trenton, and West Chester Area School District Foundation.